Putting Monks To Work On The Auto Line


The many holidays of mid-winter are mostly behind us now, and we're excitedly getting back into having regular class. To make it interesting, we've started an in-depth study of one of the most transformational inventions in human history; the automobile.

After getting some of the basics out of the way, today we delved into the early history of the automobile, and how Henry Ford changed the US and the world when he set about changing how people make cars. 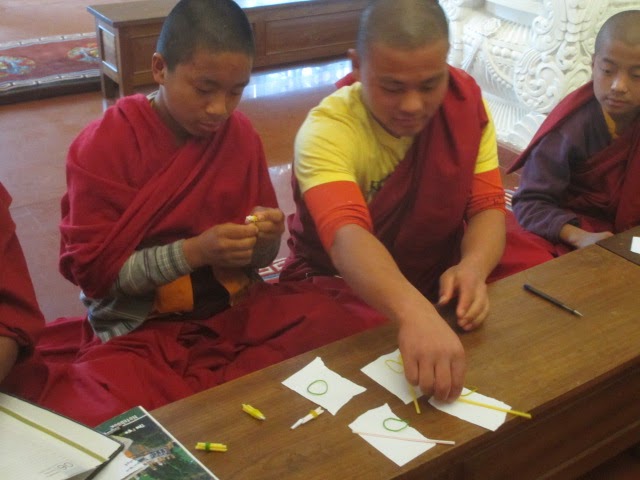 We went over some basics of economics first: If Henry Ford wanted to sell more cars by making them more affordable for the common person, how could he lower the price? By making them more efficiently. And how could he do that? By improving on the assembly line model that had been developing for the last few decades.
Ford was able to streamline production to make it so fast that they could pump out a Model T in 15 minutes. And soon, Ford was one of the biggest auto manufacturers in the world, and companies that failed to incorporate his advances were soon out of business.
But how to make that efficiency poignant to a young monk in Bhutan? For this lesson we tailored a classic lesson plan; make two different teams, one of traditional, individual craftsmen, and the other of a streamlined assembly line. Both teams were expected to make 8 "cars" (an assembly of surplus straws, rubber bands, and paper that we had around the office). The craftsmen each had their own tools, and the assembly line all shared on set of tools. 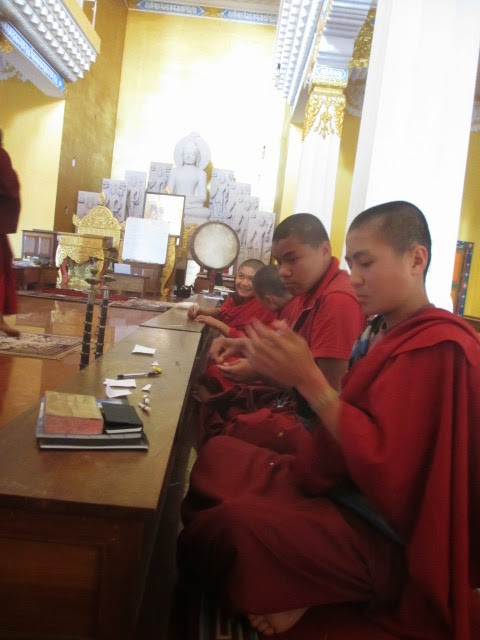 Unsurprisingly, the assembly line was much faster, completing their 8 cars in under four minutes (Take that, Ford!). The surprise was how much longer the craftsmen took- more than twice as long. The students rightly noted that all of the many small movements that were eliminated by having each person have one job added up to a large gain in efficiency.
Of course, making things more efficiently is only half of the story. Afterwards we discussed the social effects of this. Students listed some of the benefits of this streamlining: efficiency, cheaper cars, more profits, and cars that everyone, even the people making them, could afford.
And the drawbacks? A few months ago we watched Modern Times, the Charlie Chaplin classic, and none of the students could forget the scene where Chaplin goes temporarily insane after working on an assembly line that was too fast and impersonal.
Some of the more subtle effects were surprises to the students: a factory with people in a streamlined system is safer than one where people are moving around. On the flip side, making more cars means more of an environmental impact.
Regardless of the overall net good of Ford's  revolution, one thing the students walked away from today with was that it certainly changed the world they live in profound ways.